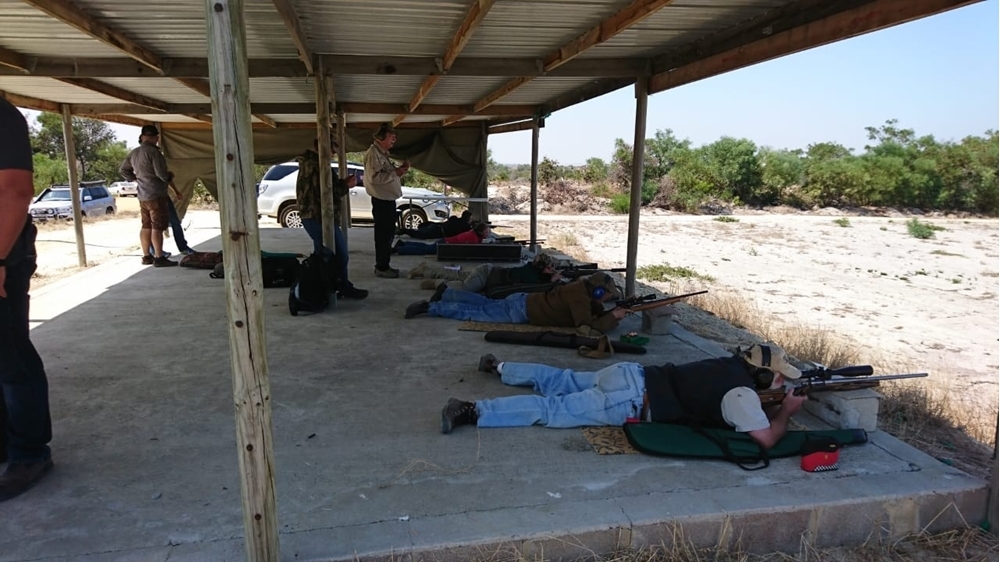 The Chasa Centrefire Guns and Bows Shoot was held at the Atlantis shooting range last Saturday the 23rd of February. There were 51 shooters who took part in this event which started a little later than normal due to misty conditions. Once the mist had cleared, the conditions for the rest of the morning were perfect for shooting.

The shoot consisted of 4 ranges;

Warthog target at 35m. 5 Shots in the standing position.

Rooibok target at 100m. 5 Shots in the sitting position.

Springbok target at 200m. 5 Shots in the Prone position using a rest.

The days shooting was over at around lunch time and once everyone had had a drink and something to eat, the prizegiving was held.

Thomas Theron received a prize for an Average score of 350